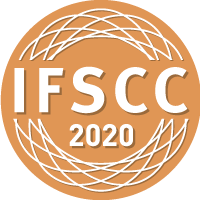 First, let's start with a brief introduction to ferulic acid. Ferulic acid is widely found in natural plants, such as angelica, chuanxiong rhizome, wood thief, ascomycetes, and many other traditional Chinese medicines, but also in grain hulls, vanilla beans, wheat bran, rice bran. Its chemical name is 4-hydroxy-methoxy-cinnamic acid, which is a kind of phenolic acid commonly found in plants. Raw material purchase phone number.
Next, let's talk about the plant extraction of ferulic acid. Ferulic acid can be obtained from plants in three ways: first, from the combination of ferulic acid with some small molecules, second, from the plant cell wall, and third, through tissue culture. In plants, ferulic acid is mostly formed by cross-linking ester bonds with polysaccharides and lignans or by esterification or etherification of itself to form ferulic acid, which is usually released by breaking the ester bonds by alkaline and enzymatic methods, and then extracted using a suitable solvent.

Finally, let's focus on the whitening properties of ferulic acid. We know that tyrosinase is one of the most critical enzymes that melanocytes need to make melanin. Ferulic acid can inhibit the production and activity of tyrosinase enzyme, thus achieving the whitening effect of reducing melanin production.
Previous : What are the applications of Paeonol in cosmetics? Next : Section 1 | Cosmetic formulation and production process
Related News
Read More >> Introduction to Preservatives in Cosmetics
Mar .18.2021
There are now around 60 different preservatives used in personal care products worldwide, and even fewer are widely and predominantly used. What are the applications of Paeonol in cosmetics?
Mar .15.2021
Paeonol is a natural compound extracted from the peony bark of the family Myrtaceae. As the main active ingredient of peony bark, Paeonol has attracted much attention from cosmetic researchers in recent years because of its good pharmacological activity. Why should preservatives be added to cosmetics?
Sep .21.2020
Many raw materials of cosmetics are nutrients for microbial growth and reproduction, and cosmetics are easily contaminated by microorganisms in the process of production and use, therefore, it is necessary to add an appropriate amount of antiseptic ingred
t
Jason
Leave a message